Casey At The Bat

Longtime listeners know I can’t go very many shows with talking about The Who. And it’s been a whole week.

I was invited to help some folks out in a round of that bar trivia thing. The featured topic was going to be the world’s greatest rock band: Nickelback. No, wait. What am I saying?!

Of course, it was The Who and I was brought in as a ringer. But, would I turn out to be mighty Casey and strike out? Would there be joy in Mudville?
Roseanne Will Be A Trump Supporter

The return of the hit sitcom Roseanne is already raising some eyebrows. Its controversial star has stated that the title character will be a Trump supporter. She feels it would be “realistic” because the series is about a blue collar family and plenty of blue collar folks voted for Trump.

I speculated that perhaps Roseanne Barr might be trying to show blue collar viewers that it would be OK to admit they’d made a mistake, if her character came to realize that through the course of the series.
I’ll never know. I didn’t watch the show when it aired in the late 80s into the 90s and I don’t intend to watch it when it returns.
This article gives more info and also notes that Barr herself had been a supporter of Trump.
Pedantic Moment: The Shawshank Redemption
I warned about spoilers before I got into what I’m pedantic about when it comes to the great, great movie: The Shawshank Redemption.

What was I pedantic about? You’ll have to listen. Here’s a hint. It has to do with a poster and a plastic bundle.

By the way, I kept calling Morgan Freeman, Martin Freeman. I have a drug problem.

Well, country music star, Charlie Daniels, stopped singing about the devil going to Georgia to make deals for souls long enough to warn Taco Bell about their latest ad campaign. Taco Bell is airing TV ads with a conspiracy theory theme. Mr. Daniels thinks that’s a bad idea.
The internet had a little fun with him. And I named him a Dimland Radio Science Zero.
Dimland Radio Science Hero: David Mitchell & Robert Webb
I’ve know about these two British actors. They had a BBC2 show called ‘That Mitchell And Webb Look’. It’s a sketch comedy show featuring some excellent satire. They send up the Princess Diana death conspiracy, the moon landing hoax, aliens, and homeopathy.

For those excellent send-ups, they are Dimland Radio Science Heroes.

This Is Pretty Clever

I got a laugh from this the other day. You might as well.

My Sports Prediction
When it comes to the MN Vikings my rational thoughts go right out the window. 40 plus years of watching the Vikes come up short, especially when some of those years the team was so damn good. Vikes fans are a little wary. And I’m very wary.

With that wariness in mind, I made my prediction about how the Vikings will do this postseason.

3) Despite my wariness, the MN Vikings being in the playoffs is pretty cool.

2) I made to the MN Skeptics Meet-Up on Thursday despite my doubts earlier in the day of being able to make it. But I did make it.
1) My son has three photograph in an art exhibit at a local college. The exhibit is for area high schools with outstanding art programs. My boy got an Honorable Mention. His photographs in the exhibit can be seen just below this sentence. 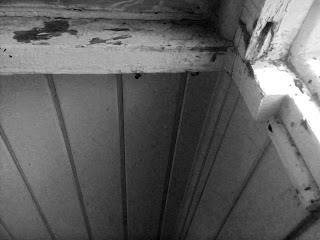 Movie Recommendation: The Shawshank Redemption (1994)
I’ve recommended this before, but since it’s part of my Pedantic Moment this week, why not recommend it again? Besides, it’s a modern classic.