During an episode of ‘The X-Files’ in late 1999; Scully, the show’s skeptic, pointed out to Mulder, the show’s woo-woo advocate, that the new millennium would not begin with the ending of 1999, but that it would begin when the year 2000 came to an end. And Mulder’s reply to Scully’s correct observation? “No one likes a math geek, Scully.”

Ain’t it the truth? When everyone was all giddy at the approach of the new millennium as 1999 came to a close, I was practically pulling my hair out. “It is not the new millennium!” I kept saying. We had one more year to go. The second millennium wouldn’t be starting until January 1, 2001! 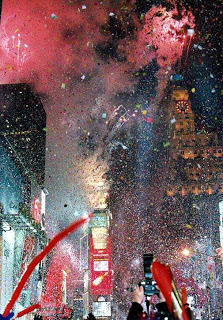 There was no year zero, people!

Ten years later and my hairline is getting nervous again. As 2010 approaches, we are getting all the lists of the decade coming out. But, I’m telling you… the tenth year of this century’s first decade is just beginning!

Look at it this way, when you count to ten, how do you do it? You start at one and count to ten, right? But the way people are considering this decade, just as with the millennium, they are counting to ten by starting at zero and ending at nine. See what I mean?

However, with age comes wisdom, as they say. And a little mellowing. I’m still bugged by this, but I understand that people are actually looking at it as though the “zeros” or “aughts” (or whatever we call it) decade is coming to an end. I’m ok with that. After all, one of my favorite podcasts is ‘Stuck in the 80s’, a celebration of our favorite decade – the 1980s. For the purposes of that show, the 80s began in 1980 and ended in 1989. That’s true. Those were the 80s. However, the 80s was the ninth decade of the twentieth century and it lasted until the end of 1990.

Remember: there was no year zero. And when we count to ten, we count from one to ten, not from zero to nine.

Have I straightened out the confusion? Probably not. Have I changed any minds? Doubtful. Do people still hate math geeks pooping on their party? Absolutely.