I had received the second dose of the shingles vaccine before I recorded last week’s show and I was experiencing the flu-like symptoms some can get as a result of getting the vaccine. I got them with the first dose, so I wasn’t surprised they showed up again.
What happened after I recorded last week’s show was pretty rough. At four in the morning, I woke having to pee. Man of a certain age, don’t you know. And, oh boy! Did I feel like I had the flu. Some Tylenol and four more hours of sleep and I felt much better.
As I often say, I’d rather go through a little bit of that sort of discomfort than deal with a shingles outbreak.
And because I know of the importance of vaccination, I got my flu vaccination Friday morning.
Vaccinate your kids! Vaccinate yourself!
Pinstripe Fever 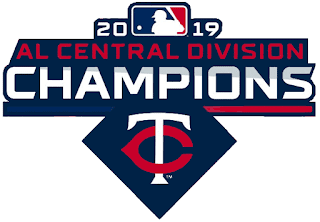 The Minnesota Twins, since 2003, have met the Hated Yankees in the postseason five times. Five times the Evil Empire was their first opponent. Five times the Bronx Bastards bounced my favorite team right into the off season.
And it’s about to happen again. As I was recording this show, the good guys were in the process of losing the first of a five game American League Division Series (ALDS) against the most hated team in baseball, the New York Yankees. Before this show aired on Z Talk Radio on Saturday night, my poor Pinstripe Fever-ridden Twins just suffered another loss to the team that completely owns them in the postseason.
The series isn’t over. Anything can happen. But…
It’s over.
I smell sweep.
I refrained from getting into a rant on the show, after all, the Twins had only lost one game at that point. I will probably have more to say next week.
Cool Thing #1: The Minnesota Twins Are The All-Time Home Run Champs
Last Sunday was the last day of the regular season for the greatest game ever invented and, going into their final regular season game, the Twins trailed the Hated Yankees by one home run (305-304). I hoped for one thing: That no matter how many homers the Hated Ones hit in their final game, my Twins would hit two more.
The Damn Yankees hit one. The Twins hit three! The Minnesota Twins are the all-time home run champs with 307 dingers in one season.
2019: The Year Of The Home Run
League wide home run production was up (way up!) in 2019. Did pitching get worse? Did the hitters get better? Or did something happen to the ball?
It’s probably a combination of those factors, but the ball may be the biggest factor. I went over some of the most astounding aspects of this year of the home run using this article by Jack Baer on YahooSports.
I also talked about the Dead Ball Era (pre-1920) of baseball and how hitting was approached then. And what happened to liven up the ball at that time.
Cool Thing #1, Subset A: The Twins’ Home Run Record
The League officials have acknowledged the ball was different this season and that difference (a more centered core that causes less drag) is what led to all those home runs. There is talk that the League will address the issue in the off season. This means if the ball is toned down going forward the Twins’ home run record could stand for a very long time.
That would be cool!
A Dimland Radio Pedant Moment: “The Ball Will Find You”
It’s an old adage in baseball that means that you can’t hide on the baseball field. Players need to keep their heads in the game and if a team has a lessor quality player out there, it will eventually be found out. And that means you better field the best team you can, because sooner or later the poor quality players will cost the team big time.
I’m good with that aspect of the old adage, but lately I’ve been hearing game announcers using the adage a little differently.
When they use the phrase they are referring to a player coming off the bench to replace a starter. Sometimes when that happens an opportunity to make a play comes to that player shortly after entering the game. They either make the play or they don’t then the announcer says, “You know the old saying, the ball will find you…”
I pointed out this is fallacious thinking. The announcers pull out the adage only those times a play goes to that player, but they don’t notice all those times the play doesn’t. Say it’s a player in right field sent in in the 8th inning and then the ball never leaves the infield for the rest of the game. He never touches the ball. In that case the phrase should be: “The ball will find you. Except when it doesn’t.”
Cool Thing #2: The Who Released Another New Song
Like a bonehead I forgot the write the name of the song in my show notes. I got close going from memory, but didn’t quite nail it. The song is called All Music Must Fade.
Unlike Ball And Chain, which was a new Who song that was a cover of a Pete Townshend solo song from a few years ago, this song was actually brand new. And I like it!
It’s not quite The Who anymore with John and Keith both gone, but there are strong Who elements to the song. It’s catchy. Daltery’s voice sounds better than it has in years. And I love the end of the song.
I’m even more excited for the new album to drop in December (the drop date has been pushed back a couple weeks).
Cool Thing #3 (And A Scary Thing): Deep Fake Of Jim Carrey In The Shining
There are four videos on YouTube that use deep fake AI technology to put Jim Carrey instead of Jack Nicholson in the role of Jack Torrance in Stanley Kubrick’s horror classic The Shining (1980). It is amazing how well the fakery is done. And the implications of deep fakes as the technology improves are very scary. Will we be able to believe any video?
WatchMojo did a top ten list of deep fakes. There are some good ones in there, but none are quite as good as The Shining fakes. However, the most troubling of WatchMojo’s fakes is the one featuring Pres. Obama. This could be very scary indeed.
Music heard on the show…
Dimland Radio opening theme song: ‘Ram‘ by The Yoleus
First ad break bumpers: ‘YYZ‘ by Rush & ‘This Charming Man‘ by The Smiths
Second ad break bumpers: ‘Eight Miles High‘ by Husker Du & ‘Empty Glass‘ by Pete Townshend
Closing song: ‘Angler’s Treble Hook‘ by $5 Fiddle