When In A Hole… 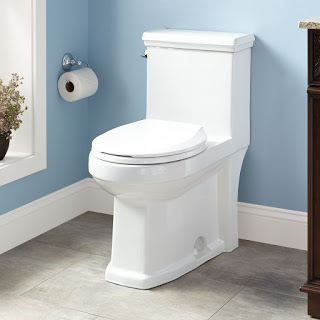 Well, I started off the show by jumping right in a hole and got to digging even deeper.
On Facebook this past week, a conversation arose on just what is the proper position of the toilet seat when the toilet is not in use. The toilet at home, that is. Public restrooms are a different story.
I start out talking about how I was all set to come down on the side of the men. Well, that is my team, but the conversation got me thinking a little more deeply on the topic. My conclusion had to be modified, because the women brought up some very good points that I hadn’t considered.
But, I may not have climbed out of the hole I dug. You’ll be the judge.
I also sidetracked a moment to talk about my thoughts on the recently invented term “mansplain.”
I should probably stop digging.
Anonymous?
I would like to think the NY Times wouldn’t just make up an op-ed and say it was by a “top official” in the White House. And I would be right. But whenever something is anonymous I get a little skeptical.

This pedantic moment is an epic one. And there are plenty of spoilers.

Ever since I first saw this Spielberg classic back when it was released, I have always been mystified about the music playing, the intergalactic dueling banjos scene. How do the humans know what to do?
I also talked about some other things done in the meeting with the aliens at the end of the film. During the returning of the hostages, how did the government people know that those who had been kidnapped by ET would be returned at all? But they did. How?
And that supposed to be profound remark about Einstein was insulting!
Artists Working For Living, But Not Doing Their Art

To its credit the other part of the internet spoke up it support of Owens. Saying there’s no shame in working to support oneself and family, even if one used to be a regular cast member of a hit TV show. People were learning that life happens and even those who had their big break may need to take a few steps down when the big gig is gone.
Artists struggle. Some make it well enough to earn a consistent living. A very small number make it into the realm of big time fame and wealth. Most struggle, toiling away in anonymity, while they watch the less talented ride high. (I’m telling you, every cartoonist who has tried, but couldn’t crack into the world of comic books, has looked at the artwork of Todd McFarlane and Rob Liefeld and thought, “How the hell did they get work?!”
Hey. It happens.
On the Facebook comedian/writer/actor Leighann Lord wrote about the struggle and how it feels to have to work other jobs to support her passion. I understand exactly what she was talking about.
We press on.

1) I took my wife and our son to see The Maltese Falcon (1941) last weekend. Such a great film and it was so cool to be able to see it on a big(ish) screen with an audience that appreciates these old movies. 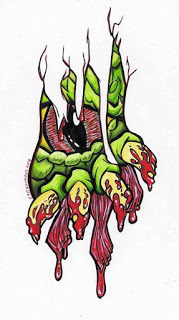 2) The tattoo I design for my younger brother turned out pretty and he liked it.

3) I got my copy of the John Byrne X-Men Artifact Edition art book. Now that was a great artist! Sooo cool!
Music heard on the show…
Dimland Radio opening theme song: ‘Ram‘ by The Yoleus
First ad break bumpers: ‘Rattle My Bones‘ by The Suburbs & ‘Unfinished Business‘ by Au Pairs
Second ad break bumpers: ‘Nobody Told Me‘ by John Lennon & ‘Shadow Line‘ by The Fleshtones
Closing song: ‘Angler’s Treble Hook‘ by $5 Fiddle