Again someone has posted on the Facebook an image that is misleading.  It’s another “Romney is evil” thing that shows how his campaign caps are made in China.  Well, as I have stated on the show before, both campaigns have pledged that all official merchandise is American made.  It seems more likely that someone has bootlegged Romney campaign booty.
Snopes.com has weighed in on this here.
In the interest of balance, I talked about a meme alleging the Obama White House situation room was hopping with activity during Hurricane Sandy, but an empty room when the American embassy in Benghazi was attacked by terrorists.  The meme might be accurate, but we only have its say so to go by.  There was no source citation.
A Little Free Speech Talk

A Facebook friend from Pakistan asked if the maker of ‘Innocence of Muslims’ was going to be arrested.  As lousy as the trailer for the alleged film is, and at this point we don’t know if anything but the trailer actually exists, we have freedom of speech here in America.  I explained to him that protecting speech we don’t like is as important as protecting speech we do like.

Get In Line Or Don’t

When there is a finite number of items to be purchased and when arriving early insures a better seat at a concert or movie, then getting lined up makes more sense.  But when Apple releases an new iPhone or Springsteen releases a new album or a new Harry Potter book comes out, why line up for hours or days to get one?  Won’t they make more?  Will those items disappear from the stores never to be restocked?

I don’t understand needing to be one of the first to have some product when you could easily go to the store a week after the product is released and get it.  No need to miss several days of work or, at least, several hours of sleep.

Seeing ‘Return Of The Jedi’ First

Ok, all that said about lining up, I told the story of how my friend Greg and I skipped the first part of the school day to watch ‘Return Of The Jedi’ the day it opened in the theaters.  We were seniors in high school and the year was winding down, so our moms said it was ok.  My mom even let us use her car.

Interestingly enough, there was no line of people having waited for days.  Greg and I just walked up, got our tickets, and enjoyed the show. 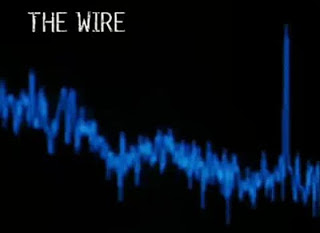 HBO
This HBO series is awesome!  Great characters, great writing, fantastic performances.  It’s a gritty, realistic, and unflinching look at the world of police, politicians, gangsters, lawyers, and drug dealers.  So good!  Watch it!
Music heard on the show (Whenever Possible, I Will Link To The Song)…
Dimland Radio opening theme song: ‘Ram’ by The Yoleus
First ad break bumpers: ‘Come To Milton Keynes‘ by The Style Council & ‘Mega City 1‘ by The Screaming Blue Messiahs
Second ad break bumpers: ‘You Know Better Than I Know‘ by Pete Shelley & ‘Sign O The Times‘ by Prince
Closing song: ‘Angler’s Treble Hook’ by $5 Fiddle
That’s it! See you next Saturday night for Dimland Radio 11 Central, midnight Eastern on www.ztalkradio.com you can also download my show from the z talk show archives page. You can email your questions and comments to drdim@dimland.com
You can also go to my CafePress store and buy stuff with my artwork on it and have me do a portrait for you if you like. Find out more here and here.