Having forgotten to finish a story I started last week. However...

Friggin’ brainiac and philosopher, Snooki.
… before I could finish the story I was interrupted by the first ever (and possibly only) edition of Dimland Radio Quiz Time. This quiz was on identifying who said, “That’s why I don’t eat friggin’ lobster or anything like that, because they’re alive when you kill it.”

I had a little fun with the answer, but it was actually Snooki. Here is a YouTube clip featuring the gems of wisdom from this simple Jersey girl. You can catch the quote at the 42 second mark.

Not Evidence Of Bigfoot

Excellent evidence of a dark spot at a great distance. Excellent!

I did my best to describe a photograph that popped up on the Bigfoot Facebook page. I include that image here along with a close-up and a picture of a bear. The bear image also comes from Facebook. Part of what I was getting at was how easily a bear could be mistaken for a bigfoot. I also noted that, as quality of evidence goes, the photo of bigfoot sucks. (That’s a scientific assessment.)

A closer look at the bear-shaped blob. 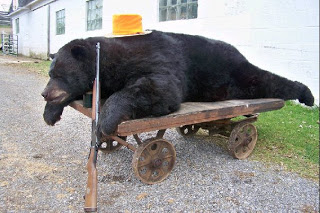 This is what a bear looks like. Thanks to Michele Nardone for the pic.

Enough With The Guilt Trip, Man 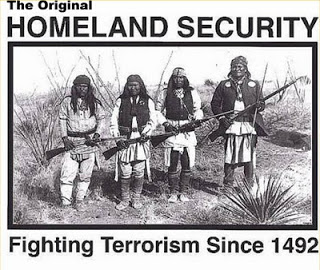 Then I talked about this white guilt thing as it pertains to Thanksgiving. On Thanksgiving, when I checked my Facebook, the first thing I was greeted to was an image about of the Native Americans have been fighting terrorism since 1492. Oh, brother! Can’t we put the guilt trip aside and just enjoy the day holiday? 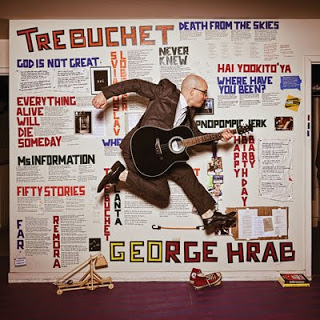 I had a bit of spare time to fill before getting to my movie recommendation, so I played a song by George Hrab. I played his song ‘Fifty Stories’ off his 2010 album Trebuchet. Geo’s music can be purchased here or on iTunes.

Possibly John Wayne finest performance. He plays slightly against his usually screen image. His character is Ethan Edwards who returns home after wandering the countryside following the defeat of the Confederate forces in the Civil War, the side he was fighting for. Shortly after his return, his brother’s family is massacred and their youngest daughter taken hostage. The film follows Ethan in his Ahab-like search for his niece. Question is, if he finds her what will he do? Kill her or bring her home?

Dimland Radio opening theme song: ‘Ram’ by The Yoleus
First ad break bumpers: ‘Ladybird’ by XTC & ‘Mad Jack’ by The Chameleons UK
Second ad break bumpers: ‘Mescal Dance‘ by Red Lorry Yellow Lorry & ‘If I Told You’ by Husker Du
Closing song: ‘Angler’s Treble Hook’ by $5 Fiddle
That’s it! See you next Saturday night for Dimland Radio 11 Central, midnight Eastern on www.ztalkradio.com you can also download my show from the z talk show archives page. You can email your questions and comments to drdim@dimland.com