Wrong! Wrong! Wrong!
I started the show by correcting a couple errors that were made on last week’s show. First was kind of a judgement call, but my younger brother did point out that the Paul McCartney concert that Hayden will be seeing this summer will not be his first big time rock concert. My brother maintained that Blue Man Group which we saw last weekend should be considered Hayden’s first concert. So, ok, Paul will be the second for Hayden.

The second mistake was a misspeaking by me. I talked about Pete Townshend and his musical output from about 1979 to 1982. I mentioned a video off his Empty Glass album, in which Pete looked pretty haggard. It was during a very heavy drinking and drug use period in his life. I stated the song was ‘Jools and Jim’. That is wrong. The song is ‘Keep On Working‘.

I apologize for being wrong. It might happen again.

Waseca, Minnesota: The Tragedy That Wasn’t
A big story averted in a small town in southern Minnesota. Waseca is a town of about 9,500 people, in which one high school student was planning a school massacre on the scale of Columbine or Virginia Tech. However, a young woman noticed the 17 year-old acting suspiciously and reported him to the authorities. The entire plot was discovered by local police. Waseca ought to have a day named in that young woman’s honor.

Something was said at the press conference by the school superintendent Tom Lee that made this humble atheist scratch his head. Mr. Lee believes God prevented the tragedy. But what about are those other school massacres? Where was God then?

Oh, but don’t you know that God works in mysterious ways? That’s right, I forget. How convenient.

Another item spotted on Facebook lead me to FaithIt.com and a video clip of a guy “proving” that it is crazy to by an atheist with one simple and hilarious question. Simple perhaps. Hilarious?

Brad Stine is a preacher posing as a comedian who thinks it strange that atheists would have a problem with “under God” being included in the Pledge of Allegiance. Well, considering the whole separation of church and state, and considering that not every American worships the same god/s or any god/s, I’d say it’s understandable to object to acknowledging a god in the Pledge.

As Bionic Dance in her video commentary of Preacher Stine’s performance noted: Would he be ok if it was “under Allah” in the pledge? It turns out that just recently a high school in Colorado did just that, they recited the Pledge in Arabic and said “Under Allah,” and the response wasn’t exactly tolerant.

Rick Wells, Pamela Geller, Robert Rich, and Jim Hoft all took great exception to Allah being in the Pledge. In response, I’ll paraphrase that one simple, hilarious question asked by Pastor Stine: Dudes, you’re Christians! You don’t even believe Allah is real. How can he offend you?

The Sound Of Screeching Brakes
If any sound is fit to describe my reaction to hearing two Walgreens employees talking about mermaids with one stating they are real, it would have been screeching brakes. Or perhaps the sound of a needle being pulled from a record. Either way, I stopped in my tracks and then heard the other employee mentioned she’d heard of the show, but hadn’t seen it.
“That show” was either the awful fake documentary Animal Planet’s ‘Mermaids: The New Evidence’ or ‘Mermaids: The Body Found.’ Both shows are complete hoaxes and did run a lame disclaimers during the end credits about being fictional, but still have some people believing mermaids are real. They are not.
I chose not to say anything at the moment, but later on another trip to Walgreens I did talk to the gal who hadn’t seen the show. I told her the show was a hoax.
Movie Recommendation: Sound City (2013) 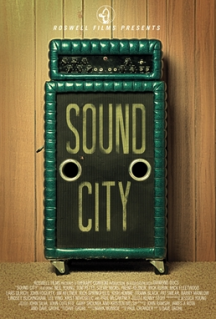 Variance Films/Roswell Films/Gravitas Ventures
A documentary by Dave Grohl (Foo Fighters, Nirvana) about a recording studio in Los Angeles that, although it didn’t look like much, was the recording studio for a number of very important and successful albums in music history. It is also about the mixing board that became a legend in its own right. Stevie Nicks, Lindsey Buckingham, Mic Fleetwood, Tom Petty, Johnny Cash, Trent Reznor, Frank Black, and many more recorded there. Check it out!
Music heard on the show…
Dimland Radio opening theme song: ‘Ram’ by The Yoleus
First ad break bumpers: ‘America Is Waiting‘ by Brian Eno & David Bryne & ‘Stars Are Stars‘ by Echo & the Bunnymen
Second ad break bumpers: ‘From The Air‘ by Laurie Anderson & ‘I Believe In You‘ by Don Williams
Closing song: ‘Angler’s Treble Hook’ by $5 Fiddle
That’s it! See you next Saturday night for Dimland Radio 11 Central, midnight Eastern on www.ztalkradio.com you can also download my show from the z talk show archives page. You can email your questions and comments to drdim@dimland.com
You can also go to my CafePress store and buy stuff with my artwork on it and have me do a portrait for you if you like. Find out more here and here.