Scooby Doo And The Yankee Skeptic
I recently updated a blog I had written in 2010. It was about my realization that, sometime between 1969 and 1999, Hanna-Barbara had dropped the mystery solution discovered by Scooby Doo and the gang never being actually paranormal policy. I was rather disappointed.
My Facebook friend Kitty Mervine runs The Yankee Skeptic and she wanted to repost my blog which is why I updated it. Well, it’s been getting a few hits and positive feedback. Who knew?

We Need A Skeptical Movement

Speaking of The Yankee Skeptic, Kitty posted another guest writer’s blog questioning whether the skeptical movement is necessary. It was an intriguing piece, but his reasoning was flawed. What was really impressive was that host of the Skeptic’s Guide to the Universe, Steven Novella, thought it important enough to respond. And he wasn’t the only one.
It is a good thing when someone stirs the pot with a thought provoking article. You can read the original post here, Steve’s response here, and AZAtheist’s response here.
Is Dimland Radio Just About Bigfoot, UFOs, Ghosts, And Crop Circles?
Those blogs got me thinking about Dimland Radio and the topics I have covered over the four plus years that I’ve been doing the show. I focused on the topics of bigfoot, UFOs, ghosts, and crop circles and how often they came up on my show.
The following is an approximation:
Bigfoot – 19 times (2.61%)
UFOs – 14 times (1.92%)
Ghosts – 20 times (2.75%)
Crop Circles – 1 time (0.14%)

I may need to talk about crop circles more often.

Pigasus Awards 2014
I got to this topic a little later in the year than I would normally, but I didn’t do a show the weekend after April Fool’s Day when the awards are announced. Better late than never, eh? Click here for the this year’s “winners.”
It’s Time For Some Tragic Irony
A statue erected in honor of Pope John Paul II broke, fell, and crushed a young man to death. This happened just days before the popular Pope was to be made a saint. Does this tragedy cancel out one of the miracles needed for the pope to become a saint? Apparently not. Click here for the irony.
Fox News Is A Fan Of Science Now?
Fox News host Megyn Kelly and her guest Dana Loesch agree that Jenny McCarthy’s anti-vax message is ill-informed, dangerous, and not supported by science. I was pleasantly shocked. Now if only Fox News would embrace the science behind evolution, stem cell research, and global warming.
Movie Recommendation: The Thin Man (1934) 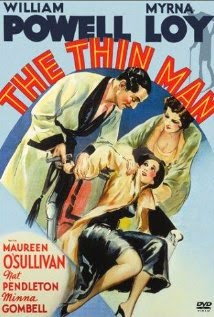 Metro-Goldwyn-Meyer
Prohibition in America ended in 1933, The Thin Man with its celebration of drunken mystery solving was released in 1934. Might Hollywood been overcompensating? Maybe.
The movie stars William Powell and Myrna Loy. It’s pretty funny and quite entertaining.
Celebs Stop Making Selfies
I interrupted the outro to the show to go on a rant about celebrities doing the whole selfie thing and how I wish the Boston Red Sox would go back to being the lovable losers.
Music heard on the show…
Dimland Radio opening theme song: ‘Ram’ by The Yoleus
First ad break bumpers: ‘Here It Is Tomorrow‘ by Game Theory & ‘Candyman‘ by Siouxsie & the Banshees
Second ad break bumpers: ‘Chrome Injury‘ by The Church & ‘Takin A Ride‘ by The Replacements
Closing song: ‘Angler’s Treble Hook’ by $5 Fiddle
That’s it! See you next Saturday night for Dimland Radio 11 Central, midnight Eastern on www.ztalkradio.com you can also download my show from the z talk show archives page. You can email your questions and comments to drdim@dimland.com
You can also go to my CafePress store and buy stuff with my artwork on it and have me do a portrait for you if you like. Find out more here and here.