The Pleasant…
Two pleasant items to start off the show.  Namely, this summer’s weather has been very agreeable for the last three weeks or so.  We’ve been able to get outside and able to get by with little or no air conditioning.  And that’s so nice.

Also, this past week on August 7th, James ‘The Amazing’ Randi turned 85.  He may be getting older and is now barely taller than the average garden gnome, but he’s still amazing!

Time-out For Some Spoon Bending
As an a palette cleanser before getting to the unpleasantness, I mentioned watching The Matrix the night before.  In it is a scene with a child bending a spoon with his mind.  He merely holds it the spoon by the base of the handle and the spoon wilts and twists at the other end.  That’s how I want to see spoon-benders like Uri Gellar do their feat.
The Unpleasant…
A lot of disappointing and demoralizing revelations and accusations have been coming to light in the skeptical movement this past week.  Men and women whose work in the movement I have admired are turning out to be human after all.  I found the situation so upsetting I blogged about it.

I didn’t expand on much of what I wrote.  I did mention Brian Dunning of Skeptoid.com and his legal troubles and impending prison time.  And I did mention PZ Myers and the FreeThought Blogs people.  They seem to really be enjoying what is going on.  They have been accused of being internet bullies.  PZ and others have been gleefully (my opinion) posting accusations against prominent skeptics on hearsay mainly.  The allegations may be true, but don’t we as skeptics require more than someone’s word?  It’s awfully complicated.

You can read my thoughts on this here.

PZ Myers has said he won’t speak at any conference that doesn’t have a good number of women on the speakers list.  Well, he will by speaking at the Paradigm Symposium in St. Paul, Minnesota (woo hoo!) in October.  The thing is there will be 19 speakers (including PZ) and only one of them is a woman.  There have been other skeptics who have been pointing that out.  I guess, you can count me among them.
Let me be clear, if any of the accusations are true, those who are accused must be held responsible.  But let’s encourage victims to report to the authorities and have more than hearsay before we take to the internet to out the alleged offenders.

I had mentioned hearing James Randi talk about the late Martin Gardner, a leader in the early days of the skeptical movement, and Martin’s belief in some kind of afterlife, soul, and god.  I could not find the clip, but here is a link to Martin Gardner’s Wiki page.

The Disturbing…
I’m sure this was a spoiler, but I had to talk about it.  Louie CK is a divorced dad and a stand-up comic.  He has also written and directed an FX series based on his life called Louie.  He plays himself in the show, but in one episode there is a flashback to his days in Catholic school.  The story depicts the brutal and guilt-inducing way the adults in his church demonstrated how all of us killed Jesus.  I found the treatment of those kids horrifying.
The Ridiculous…

I had two items for the ridiculous…

First up was the Discovery Channel’s misleading “documentary” on the long extinct shark relative the megalodon.  Oh, sure, they flashed a disclaimer along the bottom of the screen for seconds at the end pf the program, but casual viewers probably didn’t notice and may be thinking the megalodon is swimming the oceans today.

The second ridiculous item was the apparent push back at Peter Capaldi being announced as the 12th doctor on the very popular sci-fi series Doctor Who.  For some reason, people aren’t liking this.  He’s too old?  He’s not sexy?  I don’t know, but I say give him a chance.

BBC America is considering the “nuclear option” and producing their own Doctor Who series with a different doctor.  Oh, please.  Settle down. 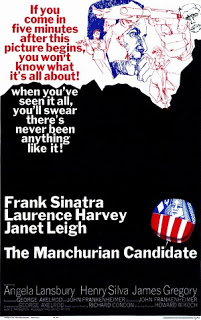 I thought this pick somewhat fitting with the current unpleasantness in the skeptical community.  It does have an element of the McCarthyism rampant in the ’50s.  And it has an excellent Oscar-nominated performance by Angela Lansbury.  Co-starring Frank Sinatra and Laurence Harvey and was directed by John Frankenheimer, The Manchurian Candidate is an intriguing film of Cold War politics and brainwashing.

Music heard on the show…
Dimland Radio opening theme song: ‘Ram’ by The Yoleus
First ad break bumpers: ‘Hangin’ Downtown‘ by The Replacements & ‘Crocodiles‘ by Echo & the Bunnymen
Second ad break bumpers: ‘English Roundabout‘ by XTC & ‘Bull Rider‘ by Johnny Cash
Closing song: ‘Angler’s Treble Hook’ by $5 Fiddle
That’s it! See you next Saturday night for Dimland Radio 11 Central, midnight Eastern on www.ztalkradio.com you can also download my show from the z talk show archives page. You can email your questions and comments to drdim@dimland.com
You can also go to my CafePress store and buy stuff with my artwork on it and have me do a portrait for you if you like. Find out more here and here.