Pedantic Moment
Remember that girl you never noticed in high school?  That’s the question asked in some car commercial, I think.  No matter.  The answer would have to be no.  How does one remember someone they never noticed?
Penn and Sean
I talked some about Penn Jillette’s podcast and a point he was going to make, but he became distracted and never got to his point.  That’s something I find so annoying.

I also find Sean Hannity quite annoying.  And it’s not always due to his politics.

Well, duh!
Guess who will have a better chase getting a stranger to consent for some impromptu sex:  a young attractive woman or young attractive man?  Anyone want to bet on the dude getting some quick, non-committal sex?

Well, the folks at Whatever, an online video prank group, decided to give it try.  You can learn more here.

Before And After Only An Hour

A personal trainer named Andrew Dixon decided to demonstrate the deceptiveness of those weight loss/muscle gain before and after pictures.  With a little grooming, a few push-ups, some flexing and a change of lighting, Mr. Dixon showed it doesn’t take much to fool people.

Check it out here.

Celebs Don’t Die In Threes
It might seem as though celebs die in threes, but really it’s more how people notice things.  Celebs die everyday, you just don’t hear about most of them because they may not be famous enough.  NBC News online explained the misperception here.
Live From New York!

I have been watching the original Saturday Night Live program on Netflix.  It’s been and intriguing experience.  The original cast is funny, but not as funny as we tend to remember them.  What I find most interesting is the time capsule aspect of it. Netflix has nearly every episode available for download.

10 Years Old With Thoughts As Bold As Thoughts Can Be

My son Hayden has just turned 10 years old.  Where does the time go?
Movie Recommendation: Looper (2012) 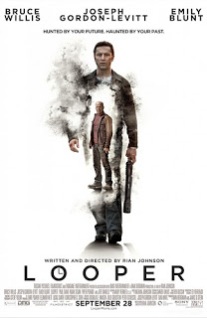 This is a terrific bit of sci-fi!  It’s directed by Rian Johnson (I think I said it was Rain) and stars Joseph Gordon-Levitt, Bruce Willis, and Emily Blunt.  It’s a very good that will bend your mind.  One of the best time travel that I’ve seen.  This film is very clever and has a very satisfying ending.

Music heard on the show…
Dimland Radio opening theme song: ‘Ram’ by The Yoleus
First ad break bumpers: ‘Dangerous‘ by The Who & ‘These Important Years‘ by Husker Du
Second ad break bumpers: ‘Lyin’ Ass Bitch‘ by Fishbone & ‘Uncertain Smile‘ by The The
Closing song: ‘Angler’s Treble Hook’ by $5 Fiddle
That’s it! See you next Saturday night for Dimland Radio 11 Central, midnight Eastern on www.ztalkradio.com you can also download my show from the z talk show archives page. You can email your questions and comments to drdim@dimland.com
You can also go to my CafePress store and buy stuff with my artwork on it and have me do a portrait for you if you like. Find out more here and here.