Guest Cohost?
No, not on my show.  I was a guest cohost on the latest edition of the Stuck In The 80s podcast.  It took nearly eight years, but the show finally featured a voice I can listen to all day.  And often do.

I had an excellent time and look forward to being on the show again.  I hope the ratings are good.  Do they have ratings in podcastland?

Rough Week, Too Much Heat And Work
I lamented the amount of work, actual physical labor! that I was subjected to this past week.  And it was hot and humid with no air conditioning at work.  Yuck!  I hate summer.
A Little More Twins Talk
I took a little time to give credit to the MN Twins having managed to beat the Hated Yankees twice!  In New York!  How ’bout that?!
A Dimland Radio Science Zero: Jenny McCarthy and ABC’s The View

Once again, I noted the danger of Jenny McCarthy’s misguided and unscientific and false claims of childhood vaccines causing autism.  Now ABC is giving Ms Show-Us-Your-Boobs 1993 the platform of The View to spew her dangerous views.  Even if she never mentions vaccines on the show, she has been given unwarranted credibility.

There were several others out there adding their voices to the outcry.  I’ll make them Dimland Radio Science Heroes!  Congratulations James Poniewozik, Alex Pareene, Michael Specter, and Emily Willingham.  Thanks to them for helping spread the word.

Never Found In The 80s: Love Tractor
Another band to come out of the Athens, Georgia alternative music scene, but didn’t get as popular as The B-52s and REM.  You can see my writeup here.
Jehovah Hates Magic

I spotted a disturbing video on the YouTube teaching Jehovah’s Witnesses who to guilt their kids into not liking magic, because that would make Jehovah sad.  Jehovah hates magic, except when Jesus does it.  Those are miracles, not magic.  It’s just sad the crazy religious beliefs out there.

A woman in China attempted to take a shortcut, but ended up getting stuck in a wall.  She was stuck for seven hours, because nearby residents though her cries for help were the shrieks of a ghost.  As Tim Farley might tell you, “That’s the harm in believing in ghosts.  Well, one of them.”

Another TAM Has Come And Gone… 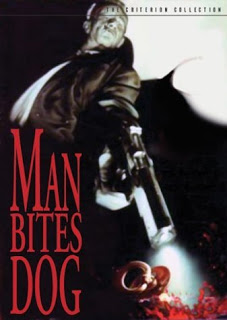 This one is a bit of a challenge.  It is possibly the most disturbing I’ve ever seen.  It’s still an intriguing examination of a group of documentarians chronicling the exploits of a serial killer.  The film is darkly funny as it demonstrates the thinness of the line between observers of events and participants of those events.

It is disturbing, so it may not be for everyone.

Music heard on the show…
Dimland Radio opening theme song: ‘Ram’ by The Yoleus
First ad break bumpers: ‘Chardonnay‘ by Game Theory & ‘Beatle Boots‘ by Love Tractor
Second ad break bumpers: ‘Here In My House‘ by 54-40 & ‘Monster Man‘ by The Suburbs
Closing song: ‘Angler’s Treble Hook’ by $5 Fiddle
That’s it! See you next Saturday night for Dimland Radio 11 Central, midnight Eastern on www.ztalkradio.com you can also download my show from the z talk show archives page. You can email your questions and comments to drdim@dimland.com
You can also go to my CafePress store and buy stuff with my artwork on it and have me do a portrait for you if you like. Find out more here and here.