Brush With The Service Industry

Earlier in the week the bed arrived.  Broken.  Oh, it’s just a pain in the ass.  I detailed that pain and I will follow up on this story as it develops.
An Art Talk With The Kids

Speaking of my son, he invited me to come and talk to his fourth grade class.  You see, I’m an artist.  I do portraits and cartooning and Hayden wanted to show off what his dad can do.  They were really fun and receptive.  If only I could find people in the position to pay me for that work who are as enthusiastic as those nine year-olds were.

Never Found In The 80s: The Ramones

Is it possible that a band can seem to have been heard of by so many people and still never have found a large audience?  Unfortunately, yes.  One such band was the Ramones and I profiled them in my latest installment in my guest blogging at Stuck In The 80s. 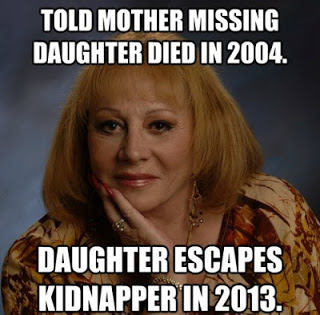 So, grief vampire Sylvia Browne has proved to be wrong again.  Some years ago, she publicly declared to Amanda Berry’s mother that her missing daughter was dead.  Well, we have learned that Sylvia was wrong.  Again.

There has been a lot of backlash against Ms Browne.  And it’s about time.

Ben Radford’s Fail?
Objections were raised by a frequent listener and thorn in my… no, that’s not fair… frequent challenger to my skepticism and positions I take on my show.
In the immediate aftermath of the Boston bombing, Ben Radford noted, rather bluntly, that no psychic had predicted the tragedy.  Ben caught some grief for his comment.  In fact, I passed along one objection I had received about his statement to Ben.

Ben wrote an article after the Amanda Berry revelation addressing his take on the consistent failure of psychics.  He pointed out that skeptics need to use these moments to show the greater public how this aspect of the supernatural just doesn’t work.

My listener pointed out that even had psychics predicted those events, they wouldn’t have been believed.  He pointed out the apparent bias skeptics have against psychics.  He made some good points that I will have to ponder.

Ponder, I will.  I will also consult with a couple fellow skeptics to see what they think.  I’ll explore this again.

Pedantic Moment: Rounds In Clip
Just how many bullets does a hand gun hold and how bad a shot are you?  I did a quick review of Batman: The Dark Knight Returns parts 1 and 2 on DVD that has the problems of how many rounds does a clip hold and why can’t the cops or bad guys hit their target.  It seems as though weapons have endless supplies of bullets and, when shooting at the hero, the shooters always miss.  What gives?
Movie Recommendation: Bringing Up Baby (1938) 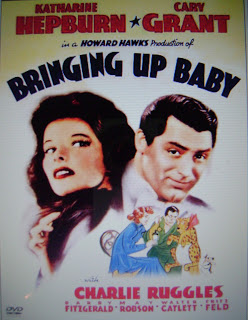 A screwball comedy at its timeless best.  This Howard Hawks’ comedy featuring Katharine Hepburn and Cary Grant at their comedic best.  The dialog is fast and screwy.  The pacing is fast and screwy.  And the movie is a lot of fun.  Good for the whole family.
Music heard on the show (These songs are linked above)…
Dimland Radio opening theme song: ‘Ram’ by The Yoleus
First ad break bumpers: ‘The Ledge‘ by The Replacements & ‘Something To Believe In‘ by The Ramones
Second ad break bumpers: ‘Drinking With An Angel‘ by The Suburbs & ‘Waltz The Halls Always‘ by Game Theory
Closing song: ‘Angler’s Treble Hook’ by $5 Fiddle
That’s it! See you next Saturday night for Dimland Radio 11 Central, midnight Eastern on www.ztalkradio.com you can also download my show from the z talk show archives page. You can email your questions and comments to drdim@dimland.com
You can also go to my CafePress store and buy stuff with my artwork on it and have me do a portrait for you if you like. Find out more here and here.