The Lost Episode:  Why And What You Missed
The show kicked off with a prerecorded 20 minute explanation of the tech issues I had and what I talked about in show 150, the now infamous “Lost Episode.”  I covered the following topics (links will be provided where possible): the non-event of the Mayan “Doomsday,” a little talk about a Makita Tool Girl poster from my art school days, a lying meme generated from the Right attacking Pres. Obama, actress and mediocre artist, Jane Seymour, and her ‘Open Hearts’ design (which I think looks like a stylized snake), and about my son’s first viewing of ‘It’s A Wonderful Life’. 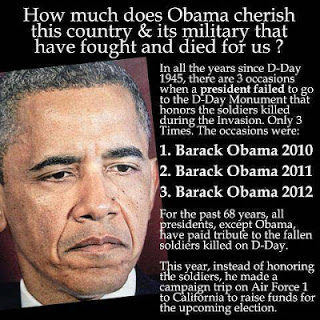 A lie from the Right!

So, you didn’t miss much.
We Got The Flu

We did get our vaccines, but obviously the vaccine we received didn’t cover the bug that hit us.  Still, I advocated for vaccination.  It is effective and safe.  And will keep people from dying!  Don’t believe the lies of the anti-vax crowd.  They are causing more harm than good.  Much more.
Before You Write Off The Human Race…

As I’ve been saying the last couple of shows (the Lost Episode doesn’t count because it was lost), human beings are still worth it.  Mass shootings, suicide bombings, war, the fiscal cliff notwithstanding, we humans get along surprisingly well.  Hundreds of acts of kindness and compassion happen all the time.  And we humans have a grand capacity of silliness.

This is why I recommend checking out Where The Hell Is Matt.  Matt Harding is a young fellow who travels the world and gets people to get a little silly and have a lot of fun.  Here’s one example.  Just try to watch it and not be moved.

Paramount Pictures
Unless you count ‘Goodfellas’ (and why would you?), this is Martin Scorese’s first family film.  And it’s a pretty darn good one.  It’s about a lot of things:  a boy’s love for his father, friendship, grief, art, loss, and the magic of movies.  Ben Kingsley plays Georges Méliès, a magician turned filmmaker in the early 20th century.  He was one of the first people to realize that movies could depict our dreams.  And the production is stunning.  This is one movie I would have liked to see in 3D.
Music heard on the show (Whenever Possible, I Will Link To The Song)…
Dimland Radio opening theme song: ‘Ram’ by The Yoleus
First ad break bumpers: ‘My Brain Is Hanging Upside Down (Bonzo Goes To Bitburg)‘ by Ramones & ‘Gonna Get Ya‘ by Pete Townshend
Second ad break bumpers: ‘Telephone Operator‘ by Pete Shelley & ‘Achin’ To Be‘ by The Replacements
Closing song: ‘Angler’s Treble Hook’ by $5 Fiddle
That’s it! See you next Saturday night for Dimland Radio 11 Central, midnight Eastern on www.ztalkradio.com you can also download my show from the z talk show archives page. You can email your questions and comments to drdim@dimland.com
You can also go to my CafePress store and buy stuff with my artwork on it and have me do a portrait for you if you like. Find out more here and here.