Kinesio Tape Revisited
As I promised last week, I delved into the whole Kinesio Tape thing again.  I talked about the claims made by the product’s website.  The claims have not been thoroughly tested in the 30 plus years the product and taping method have been available.
I relied heavily on Dr. Steven Novella’s information on the subject.  You can find what he has to say about this snake oil-ish product here.
Hateful Memes 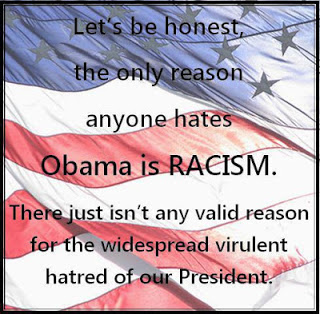 Really?  The ONLY reason?  Is this an example of liberal nuance?
I talked quite a bit about a couple particularly unfair and hateful memes that I spotted on my Facebook feed.  I continue to be dismayed by the lack of appreciation of nuance from the Left.  Of course, I realize that my Facebook friends do not represent everyone with a more liberal outlook.  I kept that in mind as I talked about the broad brush with which some of my FB friends paint the GOP and conservatives.
Atheist Billboards Taken Down

Two billboards put up in Charlotte, NC by American Atheists, Inc. have been removed.  The billboards’ messages pointed out the more irrational aspects of Christianity and Mormonism, the faiths of the two candidates for President of the United States.

After several ugly and poorly written threats from the ever tolerant religious folks who disagreed with the messages had been received by the American Atheists, it was decided to remove the signs.  An American Atheists’ spokesperson stated that the removal wasn’t because of threats against their organization, but rather because of the threats the billboard company had been receiving.

Read more about the loving responses some of our religious brethren felt necessary to hurl at the more rational among us here.

A Tattoo Where?!
Ok, there’s a not unattractive woman out there who thinks it’s a great idea to have her…How shall I say it?  Her bottom tattooed.  No, not quite.  I mean lots of people get tattoos on the butts.  No, this gal had her anus tattooed.  (My son just read this as I wrote it and responded, “That’s not cool!”)  It’s true.  There’s video of her displaying the tattoo and having it done and remarking on how great it feels.  It takes all kinds.

The not safe for work (or my son) video can be seen here.

I took the opportunity to talk about a half-ass (no pun intended) hypothesis on why some of the early tattooed folks have had to up the ante on tattooing and piercing.  About 20 years ago, for whatever reason, virtually EVERY person had to get a tattoo.  My idea is that the more extreme tattooing began as a result of grannies and 16 year-old highschoolers all getting their tats.

Me?  I’m a rebel.  No part of my body is tattooed or pierced.

Movie Recommendation: The Treasure Of The Sierra Madre (1948) 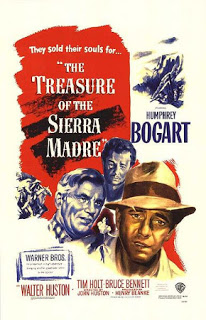 Warner Bros.
Here is an excellent classic film on what gold can do to a man’s outlook on life.  It stars Humphrey Bogart, Tim Holt, and Walter Huston in his Academy Award winning performance.  It was directed by Walter’s son, John Huston, who makes several cameo appearances as the rich American whom Bogart puts the “bite” on multiple times early in the film.  Also, look for a very young Robert Blake as the lottery ticket salesman.
Music heard on the show (Whenever Possible, I Will Link To The Song)…
Dimland Radio opening theme song: ‘Ram’ by The Yoleus
First ad break bumpers: ‘I Don’t Remember‘ by Peter Gabriel & ‘The Analog Kid‘ by Rush
Second ad break bumpers: ‘Paradise‘ by Sade & ‘Limelight‘ by Rush
Closing song: ‘Angler’s Treble Hook’ by $5 Fiddle
That’s it! See you next Saturday night for Dimland Radio 11 Central, midnight Eastern on www.ztalkradio.com you can also download my show from the z talk show archives page. You can email your questions and comments to drdim@dimland.com
You can also go to my CafePress store and buy stuff with my artwork on it and have me do a portrait for you if you like. Find out more here and here.