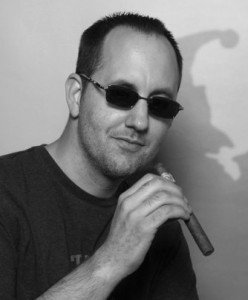 The entertaining, confident, thoughtful Kale Kelly.
Yes, a guest!  Imagine that!
My guest was fellow ZTalker (Z Talk’s program director and cohost of The Skeptical Edge), Kale Kelly.  Mr. Kelly isn’t so sure the ancient peoples of earth were able to build the wonderful, awe-inspiring buildings, monuments, and statues that are spread throughout the world.  Were they assisted by aliens?  Was there some kind of human civilization so advanced, perhaps more advanced then modern humans, that built these marvels and then disappeared without a trace?  Kale thinks it’s possible.  I think anything is possible, but his ideas seem to me to be unlikely.
Kale has thought long and hard about this, but I think his conclusions are erroneous.  Hey, I’m no archeologist.  What the hell do I know?  I know that I trust science.  And the prevailing theories on how these ancient people managed those feats boil down to three things: time, man-power, and good ole human ingenuity.
Kale knows his stuff or rather he knows his doubts.  But personal incredulity as to how the ancient humans built their monuments doesn’t mean aliens or some super advanced civilization did it.  I found myself wishing I had the answers for Kale, but, not being an expert in archeology, I didn’t.  Even if I did, I’m not sure those answers would satisfy Kale. But, I could be wrong.
Although, Kale and other supporters of ancient aliens or ancient super tech savvy humans would disagree with this, here is a brief explanation of how the pyramids of Giza were built.  Kale has written a paper in which he crunches the numbers that express his doubts as to the actual story of how the Great Pyramid of Giza was built.  If you’d like to read it email me at drdim@dimland.com and I will forward it to you.
When we talked about extraterrestrial visitors, at some point we mentioned Bob White’s (I think I may have referred to the fellow as Bob Smith, whoops) mysterious metal object that he claimed fell out of a UFO.  This video clip was something Kale set me as an example of “hard evidence” for alien visitation.  I set him this link to a article from Skeptic magazine that explained what the object most likely was.  Kale wasn’t convinced, but Occam’s Razor would suggest that Skeptic’s explanation is far more plausible.
We also talked a bit about the Beatles and agreed that they were an incredible group of talented individuals, so there was that. 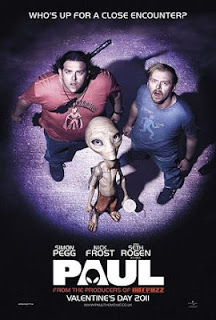 Universal Pictures
I have not seen this one yet.  Kale recommends it highly especially if you liked Shaun Of The Dead.  I did, so I look forward to seeing this one.
Music heard on the show (Whenever Possible, I Will Link To The Song)…
Other than the usual opening and closing songs, there were no songs on this show, because I didn’t take any breaks.
Dimland Radio opening theme song: ‘Ram’ by The Yoleus
Closing song: ‘Angler’s Treble Hook’ by $5 Fiddle
That’s it! See you next Saturday night for Dimland Radio 11 Central, midnight Eastern on www.ztalkradio.com you can also download my show from the z talk show archives page. You can email your questions and comments to drdim@dimland.com
You can also go to my CafePress store and buy stuff with my artwork on it and have me do a portrait for you if you like. Find out more here and here.