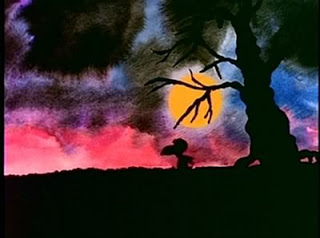 Such a cool segment especially for a kid’s show.
I started out by talking about how great The Peanuts’ second holiday special was and is and about how it influenced me. If you’ve never seen it… What?! You’ve never seen it? Have you been living in a cave?

Here’s a clip of the show that contains elements of what I talked about.

Next I talked about my attending the MN Skeptics’ Newbie Night. It was very good to meet other skeptics and discuss some of what we are skeptical about. I hope to be able to attend more meetings in the future. We’ll see what I can do. The blog for MN Skeptics can be found here.

“What’s that? People aren’t down with redheads?”

Apparently, the demand for redheaded babies is pretty low. Sperm banks are turning away donors with red hair. Well, I pointed out the neither my wife and I nor my mother and father have red hair, but Amy and I have produced one redhead and my parents have two. Curious.

You can read more about the unwanted sperm here.

REM: Back when I had seen them.

The recent official break-up of the very influential band REM prompted me to talk a bit about the two times I saw them in concert. Talking about their second show reminded me of the angry reaction I had when a fellow art school student asked if I caught the Bruce Springsteen concert that past summer. What does that have to do with REM? You’ll have to listen, the show is available for download in the archive.

Here’s a clip from REM back in the day.

Movie Recommendation: Shaun Of The Dead (2004)

British humor and kicking zombie ass. What else do I need to say?

Dimland Radio opening theme song: ‘Ram’ by The Yoleus
First ad break bumpers: ‘Wolves, Lower’ & ‘Radio Free Europe’ by REM
Second ad break bumpers: ‘Can’t Get There From Here‘ & ‘The One I Love’ by REM
Closing song: ‘Angler’s Treble Hook’ by $5 Fiddle
That’s it! See you next Saturday night for Dimland Radio 11 Central, midnight Eastern on www.ztalkradio.com you can also download my show from the z talk show archives page. You can email your questions and comments to drdim@dimland.com