I Have My Doctorate! Sort Of

Thanks to Thunderwood College I have a doctorate now. It was easy! And free! Brian Dunning of Skeptoid.com has set up a diploma mill. So, go and get your diploma. Sure, it’s not worth the paper it’s printed on, but so what?

An Early Life Of Crime 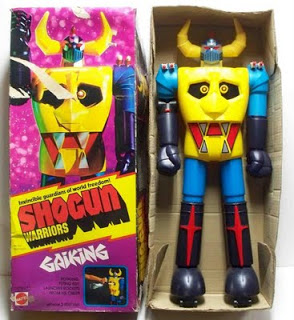 The toy I pulled some shenanigans to get

I confessed a few of my youthful indiscretions. I switched price tags on a Shogun Warrior toy. I switched a book I could legally buy as a youth with a naughty book that I couldn’t. And I broke into a friend’s house to retrieve my Ghost of Capt. Kidd action figure. Shame on me.

Here‘s a blog I wrote about the Ghost of Capt. Kidd toy.

I Was Stunned By Dr. Dawkins This Week And So Were Many Other People 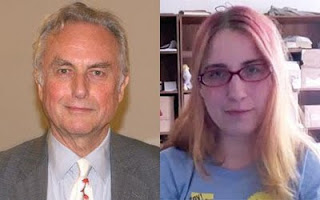 After a brief sidetrack about the gravestone for Uncle Ben in the Spider-man movie, I related an interesting controversy in the skeptic/atheist community this past week. Skepchick Rebecca Watson mentioned being made uncomfortable about being hit on by a stranger in an elevator at 4am. She didn’t make a big deal about it, but Richard Dawkins did.

Dr. Dawkins jumped into a comment thread on PZ Myers’ site and sarcastically belittled Rebecca complaint. Richard was being a dick and didn’t get it. Judging by the many, many comments on several blogs, many people did get it.

This should make for an interesting TAM 9 this coming weekend.

Links galore for this one. Phil Plait’s, PZ Myers’, Rebecca Watson’s. Rebecca’s original video post in which she mentions the elevator incident is here.

In A Better Place? Really?

On the local news tonight was a story of a young woman who was found murdered at the side of a nearby highway. The report featured two of the woman’s friends placing a memorial near the site where her body was found. An ex-boyfriend is suspected in the murder. One of the friends said she is “in a better place.”

A better place?! Is she suggesting that the ex-boyfriend (allegedly) did the victim a favor? Well, of course she wasn’t. Still, I made my observations as to the situations where the “better place” statement would work more properly.

Dimland Radio opening theme song: ‘Ram’ by The Yoleus
First ad break bumpers: ‘Seconds’ by U2 & ‘Epic’ by Faith No More
Second ad break bumpers: ‘Inside A Fireball‘ by Hunters & Collectors & ‘Relax’ by Frankie Goes To Hollywood
Closing song: ‘Angler’s Treble Hook’ by $5 Fiddle
That’s it! See you next Saturday night for Dimland Radio 11 Central, midnight Eastern on www.ztalkradio.com you can also download my show from the z talk show archives page. You can email your questions and comments to drdim@dimland.com