It was supposed to be a sunny day, but the grey overcast sky proved the weather man wrong. Anyway, we were still able to get out in the yard and cut our lilac shrub down to size. Later Hayden and I attended a graduation party.

“Maybe I should just shave?”

I reviewed the silliness of the ad campaign for the Just For Men hair & beard coloring. The ads are pretty asinine, especially the bread ads with the former pro athletes. “No play for Mr. Grey!” Look, if you don’t want a grey beard, don’t have a beard.

And here is the scary Randy Johnson throwing a pitch that nails an unfortunate seagull. The fatal pitch is right at the beginning of the clip, then what follows is some fairly amateur attempt at humor. I stop after watching the pitch.

Best Evidence For Bigfoot – Not Exactly

Probably smears made by… a bear

The investigative group Sanger Paranormal held a press conference at which they said they would reveal the best evidence for bigfoot’s existence since the 1967 Patterson/Gimlin film. What they had were some photographs of what is more likely smears created by a curious bear than a bigfoot and some DNA that needed testing. They said they needed five grand to get the DNA tested.

You can read more here and here. 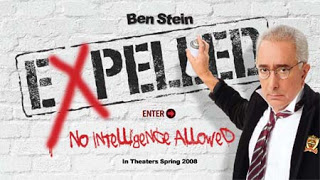 The film company that produced ‘Expelled: No Intelligence Allowed,’ a documentary of dubious facts, has gone bankrupt. So the Ben Stein hosted pro-creationism film is up for auction. A pro-science group is raising money in an attempt to buy the film and all its production materials (including unused portions of interviews with pro-science folks).

Want to help science set this film straight? You can donate here and learn more about the inaccuracies and misrepresentations here.

Evolution is science! Intelligent Design (creationism) is not!

I Know What I Saw 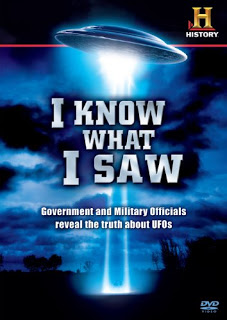 Turns out they really don’t know what they saw.

The documentary by James Fox entitled ‘I Know What I Saw’ is about finding answers to the UFO question. What are they? Extraterrestrial? Secret government military aircraft? Or something natural that people simply misidentify? Well, the film doesn’t answer the question. No surprise there.

I give my impressions on the film. Chock full of anecdotes and eyewitness testimony. Many “credible” witnesses including pilots (and I mean a LOT of pilots) and law-enforcement give their anecdotes. Very little other evidence is given. There are some photographs and video, but they aren’t very convincing.

‘I Know What I Saw’ is on Youtube and Netflix.

Dimland Radio opening theme song: ‘Ram’ by The Yoleus
First ad break bumpers: ‘Wild Blue Yonder’ by The Screaming Blue Messiahs & ‘Jools And Jim’ by Pete Townshend
Second ad break bumpers: ‘Spring Collection‘ by The Vapors & ‘Nothing Turns Out Right’ by The Mofos
Closing song: ‘Angler’s Treble Hook’ by $5 Fiddle
That’s it! See you next Saturday night for Dimland Radio 11 Central, midnight Eastern on www.ztalkradio.com you can also download my show from the z talk show archives page. You can email your questions and comments to drdim@dimland.com