It’s always something, ain’t it? My wife and I received a sizable tax refund and we had plans for it, but our surviving car (remember our Volvo has already given up the ghost) is having some issues and will likely need replacing. AND one of my teeth broke, however that was taken care of by our insurance.

Still, it is always something. 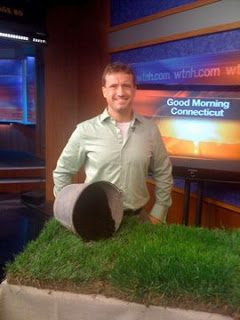 Fellow skeptic, Chris Brown.
Another Ten Minute Topic with my friend, Chris Brown. This time it was well under ten minutes. Chris and I talked a bit about the unexplained just being unexplained, not something paranormal. Chris’s ending comment is pretty good.

My son, Hayden, is about seven and a half years-old and he had been invited to two birthday parties in one day. One in the afternoon and one in the evening that was to be a sleep over. The earlier party was at an indoor, giant, inflatable, amusement playland. Hayden had been to this place before, but this time they had a new “ride”. It was a bouncy boxing ring. Yep, the amusement folks thought it was a good idea for kids to put on a boxing helmet and a big boxing glove and pummel the hell out of each other.

Hayden went in (his mom and I didn’t know it was a boxing thing, if we had we wouldn’t have let him do it) and gave it his best shot. But, he began to get angry at being hit in the head and knocked down. He got very angry and frustrated and it almost ruined the day. I gotta believe Hayden wasn’t the first kid to react that way. Maybe I’m over-protective here, but I think that particular amusement is pretty damn stupid.

The second party was the sleepover and that went much better. Amy and I were concerned about it being his first sleepover, but he did fine and he had a blast.

Inspired by the skeptical podcasts, Skeptoid and Skeptic’s Guide to the Universe, I’m starting a series defining logical fallacies. I started with the “straw man argument”. Using those two sources, I plan on talking a little bit about these fallacies so that my audience (and I) might learn how to recognise them and avoid them.

You can learn more from Skeptoid and the Skeptic’s Guide to the Universe.

Adapted from the graphic novel, this film starring Johnny Depp explores the mystery of Jack The Ripper. It’s dark and grim, but I find it very entertaining. Johnny Depp is terrific as usual and Heather Graham (and other gals) show a good amount of cleavage, along with Jack The Ripper, what more could you want? Check it out.