Wrap up of Halloween Awareness Month

I told the story of getting Hayden’s costume for this Halloween. He’s going as an Ice Wolf Ninja. He spotted the costume in one of those catalogs we get in the mail at this time of year. I talked about having to go back to the store to get the mask.

I read three stories from my favorite book from my days as a child, ‘Strangely Enough’. I started with ‘The Man Who Fell Forever’, then ‘Haunted Schoolhouse’, and, lastly, ‘The Gauntlet in the Castle’. All very creepy tales, all undoubtedly nonsense.

Selling out with Gang of Four

The band in the days when they would never allow their songs to be used in ads.

I discussed the notion of musical artists “selling out”. Neil Young was one artist who really hated to see other musical artists using their songs to sell products other than their own albums and singles. Another artist (or group of artists) I was sure I would never see used to sell some shameless product is Gang of Four. But the other night, there was an ad for some Xbox thing, I think, and my ears were greeted with the sounds of ‘Natural’s Not In It’.

I was stunned! Gang of Four was (is?) one of the most anti-consumerism bands I’ve ever known. And now they’re selling some video game system? I’ve seen it all!

You can check out the song here. 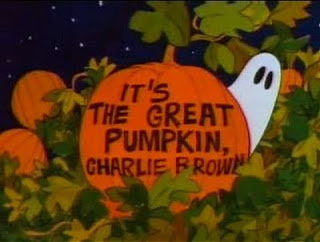 I love this show! I talked about why it is so great and, as usual, I was spot on. If you haven’t seen it… How can you not have seen it? Everybody has seen it! Are in al Qaeda or something?!

Very effective! This lower budget horror films delivers some good scares. I don’t know about the other Halloween movies (I do remember seeing Halloween 2, but I don’t remember much about it.) The original hits all the notes just right.

Put it in your Netflix queue now!