Chris Brown and his skepticism of renown

Chris Brown owns and operates a lawn care service in Connecticut, where he lives with his wife and two sons. He’s also a skeptic and he decided something he could do to promote skepticism would be to put up his website skepticsinthepub.net. Through his website skeptics can find groups in their area to join for a beer and some critical thought; and you can find links to other skeptical blogs and podcasts. He also writes a skeptical blog that he calls Sklog, poorly named but well written. He even wrote a very nice piece about Dimland Radio.

I heard about Chris through the podcast Skepticalility which is hosted by skeptics Derek and Swoopy. I checked out his site and sent him an email telling him about my show. From there, we started emailing and instant messaging. I asked if he’d be a guest on my show and he jumped at the opportunity.

Because his schedule precluded his being able to join me live on a Saturday night, we recorded the interview a couple days earlier. Chris and I talked about his website, skepticism, some religion, a little politics and our ideas about bridging that gap between skeptics and believers.

We talked about notable skeptics such as James Randi (of course), Bart Ehrman, and the incomparable George Hrab. Hrab has a podcast called the Geologic Podcast and it’s fantastic. He can be a bit profane, so be warned, and very skeptical, be warned again, but he is very entertaining. Along with being a noted skeptic, George Hrab is a fine musician. Check out his cover of Yes’ ‘Owner of a Lonely Heart’. He did it all himself.

If you missed my show, you can download it from the Z Talk show archive.

Someone at the post office cares about my soul, apparently

When the interview was complete, I had a couple minutes left before the show was over. I filled that time by talking about getting the latest edition of Skeptic magazine. Something interesting about that magazine, other than all of it’s articles, was an apparent message that someone felt compelled to send me.

On the back cover was a full page ad for Daniel Loxton’s excellent kid’s book, ‘Evolution’. We have the book and it is great. If you doubt or don’t know much about evolution, I highly recommend picking up that book. No matter how old you are, it will give you a firm understanding of the basic ideas of evolution.

Anyway, evidently someone at the post office felt it necessary to draw a cross on the back cover, right next to my address. At least, I think that’s what happened. No one in my household would have written on the cover of one of my Skeptics. I can only conclude that someone at the post office might have been trying to save my soul. A soul I’m reasonably sure I don’t have. 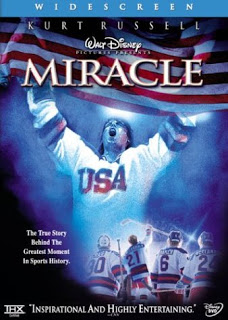 I ended the show by highly recommending renting the 2004 film ‘Miracle’. No, it’s not some religiously significant story. Not really. It’s the story of Herb Brooks and how he put together that gold medal winning hockey team for the 1980 Winter Olympics. Kurt Russell absolutely nailed Brooks in his performance. I think it’s a terrible oversight that he wasn’t even nominated for an Oscar for his amazing portrayal.

So put ‘Miracle’ at the top of your Netflix queue. You don’t have a Netflix membership? Go here and get one NOW!

Music heard on the show…
Dimland Radio opening theme song: ‘Ahead’ by Wire
First ad break bumpers: ‘Home Of The Brave’ by Naked Raygun &’Back In Flesh ‘ by Wall of Voodoo
Second ad break bumpers: ‘Turning Japanese’ by The Vapors & ‘Communication’ by Pete Townshend
Closing song: ‘Angler’s Treble Hook’ by $5 Fiddle
That’s it! See you next Saturday night for Dimland Radio 11 Central, midnight Eastern on www.ztalkradio.com You can also download my show from the Z Talk On Demand page. You can email your questions and comments to drdim@dimland.com