Skip to content
Here I have picked three musical artists from the 80s who I think never really got their due. Sure, the critics loved them and many musical artists have named them as major influences. Most importantly, I like them.
Each of these bands did develop their own following of devoted fans, but they never received the kind of market saturation, big-time money, mega stardom they each deserved. These are quality artists, but they just didn’t catch the mainstream’s ear. They might have had what could be considered a minor, but nothing more than that.

I’ll talk a bit about each of the bands and offer what I think is their best 80s album. I’ll include the album that won the album of the year Grammy that same year that the three albums I’ll list by Robyn Hitchcock & the Egyptians, The Replacements, and XTC were released. Of course, my picks never won, let alone ever nominated for, a Grammy.

Robyn Hitchcock & the Egyptians: I first heard Robyn when my friend, John, and I went down the Beloit, WI to visit a friend of ours going to college there. He took us around to the college’s radio station. The gal on the air introduced us to The Soft Boys (Robyn’s first band) and their album ‘Underwater Moonlight’. We were intrigued and John, who always had money, bought a few albums of Robyn’s material.

One of the albums he bought was ‘Fegmania!’ And what a great album it is. Some of my favorite tracks include ‘Egyptian Cream’, ‘Goodnight I Say’, ‘My Wife and My Dead Wife’, ‘The Man With the Lightbulb Head’, and ‘Heaven’. ‘Heaven’ might have been a minor hit for them, I’m not sure. The whole album should have been a huge hit, but it wasn’t.

‘Fegmania!’ was released in 1985. That year the Grammy for album of the year award went to Phil Collins ‘No Jacket Required’. Well, Phil’s album isn’t all bad and Robyn’s doesn’t have a track as great as ‘Sussudio’. I guess I can see why it didn’t make it.

The Replacements: Okay, okay. This isn’t a difficult choice. If you know the 80s music scene, you’ve, at least, heard of these guys. The Replacements are the definition of critic’s darlings. They should have been huge, but they didn’t really help their own cause. Jim Walsh’s book ‘The Replacements: All Over but the Shouting’ is an excellent source on the band’s history.

My pick for their best album is probably the obvious choice, ‘Let It Be’. It just holds me more closely than any of their other albums, although I like all their albums. ‘I Will Dare’, ‘Androgynous’, ‘Unsatisfied’, ‘Sixteen Blue’ are just a few of the stand out tracks. How ‘I Will Dare’ wasn’t a hit, is beyond me.

‘Let It Be’ was released in 1984. And that year’s Grammy went to… Lionel Ritchie and his crowd pleasing ‘Can’t Slow Down.’ The Replacements could learn a lot from Lionel. 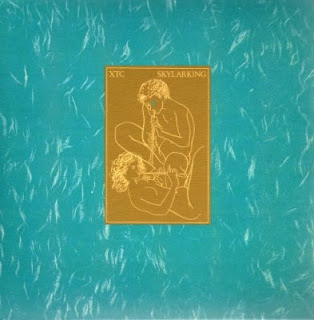 XTC: This is my favorite pop group of all time, so, of course, I think they are underappreciated. They did manage a minor hit here in the States with ‘Dear God’, but that’s one of the weaker (but still good) songs on their album, ‘Skylarking’. In fact, ‘Dear God’ wasn’t even on the first pressing of the album. It was on the B-side for the single, ‘Grass’. For some reason, American radio stations started playing the song and it became a hit and was then included on later pressings.

‘Skylarking’ is my favorite of their many great albums. It had plenty of hit potentials with ‘Grass’, ‘That’s Really Super, Supergirl’ and ‘Earn Enough for Us’. But the hit was ‘Dear God’.

XTC stop touring in 1982, so their label didn’t promote the band well enough. The labels attitude led to problems with the band and the band going on a seven year strike, before they were released by Virgin and struck out on their own. Unfortunately, they have closed up shop and gone their separate ways.

‘Skylarking’ was released in 1986, the year that Paul Simon’s ‘Graceland’ won the Grammy for the album of the year. ‘Graceland’ is pretty good. XTC had some tough competition.

I do think that each of these artists deserved greater financial success, but, on the other hand, I’m kind of glad they didn’t. This way I can’t feel that I am in on something and that the majority doesn’t know what it’s missing. I also tend to lose interest with bands when they achieve mega-stardom. I liked early U2 and REM, but when they broke through to the major audience I thought they got a little annoying. I still liked them, just not as much.

Now that I think of it, feeling that way pretty much makes everything I just wrote pointless.